Cost of Studying and Living in Beijing

Cost of Studying and Living in Beijing

Overview of the cost of living in Beijing

China has undergone a massive change over the recent decade with the government’s commitment to increasing the welfare of its people. Though China is modernized with quality infrastructure, most of the country is still cheaper than the majority of European countries. But studying in large metropolitan cities like Beijing, Shanghai, and Hong Kong are very pricey. In general, the prosperous coastal provinces are more expensive than the inland. Rural China is still very cheap. Accommodation will make up the bulk of your budget. The food is pretty cheap, especially if you eat in small restaurants. Before deciding to study in China, it will be ideal to understand the cost of studying in China. The critical question is: How much does it cost to study and live in Beijing?

The cost of living in Beijing

We all have our lifestyle and buying preferences, dependent on our daily habits. That’s why estimating the cost of living in China will be difficult, but to plan your study in China, I will try to figure out some of these critical issues. This article is primarily intended to give you an idea of what the cost of living in Beijing can be. Beijing is one of the most popular cities in China because it is the capital of the country. Every year, thousands of people troop in Beijing to experience the culture, visit touristic places and also explore life in China 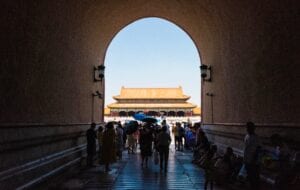 What does a rental property in Beijing cost?

Finding a suitable rental property can be a challenge, especially in Beijing, where supply is quite limited, and demand is high. As a result, the prices of the rent are quite high when you want to live within the second or third ring. Depending on the neighborhood where you are looking, leases can vary from $300 to $15,000. Since you are coming to study, we will estimate that your accommodation budget should average $400

Sometimes you can be lucky with an exceptional rental price; then, it could be around 5000-6000 RMB per month. If you want to live in a community or a new and modern house, you should estimate double the price listed above.

When signing your lease, keep in mind that you often sign for just one year. Also, you are generally considered to pay a 1-month initial deposit (sometimes 2), three months rent, and a month rent as agency fees.

Daily Cost of Studying in Beijing

The cost of living is usually meager in China. So you can live fine in ten euros a day. Of course, it always depends entirely on the spending pattern during your stay. If you eat a lot in (western) restaurants, drink cocktails, beer or wine regularly in the evening, often use the taxi and stay in luxury hotels, then, of course, the costs increase considerably.

Local food and drinks are very cheap in China. However, if you buy Western products, this is much more expensive. Prices in the supermarkets are usually very low. For example, a loaf of bread costs about €1.50, a kilo of apple costs €1.20, and a can of Coke costs €0.45. A cup of coffee in a coffee shop costs about €2.50 (Cappuccino, usually about €3.50). Imported beer costs €2 per bottle, and a bottle of wine is generally starting at €10.

The cost of products and food is usually (considerably) higher in the big cities, compared to the villages in the countryside. Many more popular products are also available in big cities. Giving a tip is not culturally allowed in China, but in luxury restaurants in western parts of China, you are sometimes expected to tip a bit. We have a full article on the cost of studying in China

Transport costs are low in China. For example, a taxi ride usually costs no more than a few euros. Public transport is dirt cheap; for a few euros, you buy a special metro card that allows you to travel cheaply (an average metro trip usually costs no more than a euro). The train is the cheapest way to travel long distances. For example, a ticket for the night train from Shanghai to Guilin costs only €30.

Between Beijing and Shanghai, you travel (by fast train during the day) for about €60. Flying is the most expensive way to travel through China. You often travel by plane, the fastest between two destinations. A plane ticket is usually close to the date of departure the cheapest. However, you run the most significant risk that tickets will no longer be available. A one-way ticket to Shanghai – Xi’an costs about €65, for example. A ticket from Beijing to Chengdu is around €80. 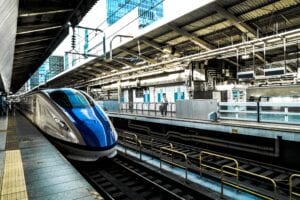 What is the best way to Make payment in China?

China is light years ahead of the world when it comes to payment solutions. You can go about your daily tasks in China without touching cash. Payment applications connected to your bank account is enough. Hands-free payments using Alipay or Wechat Pay are the main form of payment in China. However, cash is also still an excellent way to pay. Credit cards are not very popular in China, and except large hotels and restaurants and department stores, credit cards are hardly accepted. Visa, MasterCard, and American Express are the most common.

ATMs are numerous in large cities, and every city and larger villages have an ATM. There is a daily limit on how much money you can withdraw. Taking money also costs money. If you think you can stay in China for a more extended period, it can help to open a Chinese bank account.

The mobile costs can vary depending on which type of subscription you are interested in. If your call minutes tend to be high but don’t need that much data, you can tailor your plans to get a good deal compared to European prices. On average, you pay around 80 RMB per month. It is also important how long you want the subscription. Usually, the contracts will be from at least 1 or 2 years: the longer your contract, the more favorable the price. On top of that, you pay around 40 RMB per month for a VPN. The VPN is to enable you to browse the internet decently (because of the Chinese Firewall). The VPN can usually be installed on several devices.

How to Study in China

So you are aware that despite China’s glamour, rich culture, beautiful cities, and scenery, the cost of living and studying in China is meager. Opportunities available for International students who study in China is mind-blowing.

To study in China, you can apply through China Scholar or directly to the universities. If you apply through us, we assist your entire application process of securing admission to top Chinese Universities. Our service packages include Admission Support, Internships, and Career Consulting, Assimilation into China, Airport pickup, visa support services, and so much more. China Scholar is the largest service provider in China with decades of experience. If you want to study in China with professional support, Send us an inquiry to speak with one of our Admission Consultants.

How to register with the PSB / Police on arrival in China