The Rise of International Students in China

in 2019, over 500,000 International students studied in China, a figure The boom in Chinese students studying abroad continues, while more and more International Students prefer to study in China. China has become Asia’s largest destination for students from abroad. The main reason is that China is attractive to the world. So what countries and regions are these students coming from? And why are Chinese Universities becoming so popular?

China’s rapid development for nearly 40 years, educational cooperation with different countries (regions), and international organizations in the world have increased access for international students. The results we see today are a spike in the global ranking of Chinese Universities and an increasing Chinese foreign influence and competitiveness of education. According to statistics, in 2017, international students from a total of 204 countries studied in over 935 institutions of higher education in China. China is already Asia’s largest destination country to study abroad.

To understand more about the increasing reputation of Chinese institutions, we should first look at the Chinese economy in the past few decades. The issues will give a good explanation of how Chinese universities managed to attract many international students. 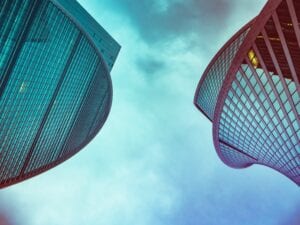 China has been making spectacular developments in recent decades. Economically, demographically and socially. The current rate of Innovation and efficiency was achieved through the privatization of state-owned enterprises in the 1990s, the migration of hundreds of millions of people to the city, and the structural shift of the economy to the services sector. 800 Million Chinese are in the middle-income bracket is an indication of tremendous economic power.

The economic boom brought about jobs and opportunities that are appealing to young people.

Transformation of the Chinese economy

In the late 1970s, China’s economy primarily focused on the agricultural sector, with more than 80 percent of the population – often in poverty – settled in rural areas. Now, more than 40 years later, a wave of urbanization has taken place, and a chunk of the population lives mainly in large cities. The transformation of the agricultural economy that was fully state-regulated into the current innovative, partly market-led economy had several phases.

Innovation is the backbone of the Chinese economy with government support and favorable policies. Young people thrive in such an environment.

When the Chinese government changed course in 1978, the Chinese economy was not in good terms. More than 70% of the population was employed in the agricultural sector, contributing only a third to GDP. A significant reform of the economy was the solution: the borders opened to foreign trade, and the production sector grew.

Because the industry was much more productive than agriculture, exports and production became the biggest driver of Chinese economic growth. In the mid-1980s, foreign investment was also allowed. Investment focused on the further development of infrastructure and industry. The big tipping point for the Chinese economy came in the 1990s with the privatization of a large number of state-owned enterprises.

International students who are interested in logistics, international trade, e-commerce, etc., have a considerable interest in studying in China. It is easy to get Internships in these areas to build their CVs.

In the past years, the foundations were laid for today’s innovative China. Thanks to the privatization battle, public spending fell sharply, and further investment made in the development of the service and production sectors. Partly because of its convenient location on the bank of the Yangtze River, Shanghai experienced enormous growth in the 1990s.

The development of the production and service sectors led to an increasing increase in the population working in these sectors. Between 1990 and 2000, the population in Shanghai grew by 6 million people, and the city gained the status of an international financial hub in those years.

Beijing and Shanghai have so far become the hottest destinations to study in China.

Integrating high-tech into production and services

Today, China is not only the world’s largest producer in sectors such as textiles, chemicals, cement, and steel but also contributes to the significant exports of industries such as electronics, shipbuilding, and automobiles. Recently, China’s high-tech production has even overtaken that of the United States on multiple fronts. China’s goal is to integrate the innovative high-tech industry into more traditional sectors to create a more qualitative growth potential.

Also, the investment flows – both from abroad to China and vice versa – are among the largest worldwide. Partly because of this, the service industry has been able to grow into China’s leading sector from 2011, which now employs almost half of the population.

Focus on Innovation and entrepreneurship

The focus on Innovation and entrepreneurship leads to opportunities for companies and startups – especially in Shanghai and its surroundings where you have special ‘High-Tech Development Zones.’ That is the reason why there are so many gems in China – including Ant Financial, NIO, RED (Xiaohongshu), and United Imaging Healthcare.

The Chinese government is pushing for a reform of the economy. The economy focuses more on innovative production rather than mass production, and on domestic consumption (the Made in China 2025 policy).

Since China has become so strong economically in the past few decades, the Chinese education saw a massive investment and capacity building. China increased its budget for education, and this leads to an enormous advance in world rankings when it looked at top universities in the world. Not only because of the economy but also because of the internationalization of Chinese Education. Many foreigners are interested in studying in China due to the high quality of education, and the appealing experience that these students can have in China. Check out the reasons why most students prefer to study their master degree in China

For the first time, two Chinese universities are in the Shanghai Ranking, an annual academic world ranking of best university institutions.

Tsinghua University in Beijing ranked at 23, Peking University at 24. A few years ago, the rise of Chinese science as reported by a special edition of the journal Nature on ‘Science in China.’ The figures from this publication speak volumes: China has more researchers than the United States and invests more in research and Innovation than the European Union.

So it was only a matter of time before investment in Chinese science would become visible in rankings such as the Shanghai Ranking. Although the list is compiled in Shanghai, this is done independently of universities and government institutions. Note that Chinese universities have not been in this top 100 before 2016—the same ranking reflected in the Timer Higher Education Ranking and QS World University ranking tables.

What are the best universities in China?

What are the best research universities in China?

When it comes to research, China is exceptional because it continuously crosses the boundaries of creativity. Today, a large number of innovations come from China, which is a testament to their fast growth. So, the best research universities in China are Zhejiang University, Nanjing University, and Shanghai Jiao Tong University.

What are the best foreign language universities in China?

Apply now to Study in China

Inquire about our programs to speak with an Admission Consultant